The state of Colorado ranked 31st in the nation for the deadliest roadways, with 11 car accident deaths per 100,000 people in the state. The total number of car accident fatalities in 2016 in the state of Colorado came to 608, giving it a ranking of 22nd in the nation. Drivers in Colorado are more likely than drivers in many other states to use a seat belt (84 percent compliance). Across Colorado, Labor Day was the deadliest holiday for those in car accidents in 2016, with 14 fatal crashes. Rural roads in Colorado were responsible for their fair share of fatal crashes at 44 percent.

In this same study, the states with the highest crash death rates were concentrated in the South, with the safest states in the Northeast and Midwest. Mississippi was by far the worst for fatal car crashes with a rate of 23.1 deaths per 100,000 people, and Colorado’s neighboring state to the South, New Mexico, ranked as the 4th most dangerous state for drivers. This same body of data found that more Americans age 54 and younger die in car crashes each year than from anything else—and, that despite the increase in car safety features, the national crash death rate in 2016 was the highest in a decade at 11.6 per 100,000 people.

If you have been involved in a Colorado car accident, it is likely you could use an advocate in your corner to help you get back to your “normal” life. You may be unable to return to work for several weeks, months, or even much longer, making it difficult to pay your normal monthly expenses. You may be unable to pay for the medical treatments you need for you Denver car accident injuries. The Law Offices of Dianne Sawaya want to take care of all the legal details of your Denver car accident, allowing you the time to heal.

According to the Colorado DOT, there were 57 people killed in car accidents in the city of Denver in 2018. A June 2018 Westword article headlined “Denver Traffic Deaths on Pace for One of the Highest Totals This Century.” At that time, the article predicted a total of 58 traffic fatalities for 2018—a number which was almost exactly the actual number—and detailed information on the new Denver Accident Map which puts out a significant amount of data regarding traffic accidents in the city. The Denver Accident Map found there were 55 car accidents involving DUI during the month of May in 2018, and that Wednesdays in Denver during that same month appeared to be the most dangerous day for a car accident.

Where Do Most Denver Accidents Occur?

Another 2018 Westword article looked at data to determine the areas in Denver where the most car accidents occurred. The top ten on that list included:

Where Do Most Car Accidents Occur In General?

Many people have heard that car accidents tend to happen close to home, and Esurance backs that up, saying that driving in familiar places tends to make us relax, relying more on “muscle memory” than on our actual driving skills. The repetition of driving to and from our homes simply renders most of us much less vigilant, thus more likely to be involved in an auto accident. People are also less likely to buckle up when they are driving to a destination close to their home, leading to more serious injuries when a collision occurs.

While stoplights do control the flow of traffic, rear-end collisions are common at stoplights, often because people are tailgating, or because they are looking down at their phone, failing to realize they are rolling forward. Busy two-lane roads tend to have the highest number of head-on collisions, as drivers may drift over the center line, or pass on a double yellow line.

What Are The Main Causes of Denver Car Accidents?

There are many different factors in car accidents, with the majority of collisions being the result of human error. While it is important to take car safety seriously, just because you are careful does not mean all the other drivers on the road will also drive safely. The most common causes of Denver car accidents—and car accidents across the nation—include the following:

What Are Common Types of Car Accidents?

What Are Common Injuries Associated with Car Accidents? Of course, every person’s car accident-related injuries are different. Moreover, time is a major factor when it comes to healing. The type and severity of your car accident injuries will depend largely on the type of accident you were involved in. High speed car accidents tend to cause much more serious injuries and fatalities than those at lower speeds. Whiplash is one of the most common types of car accident injuries. Even in a low speed crash, passengers can still end up with severe whiplash, which can impact daily life for weeks, months, or even years to come. Whiplash can cause one or more of the following symptoms:

When the negligence of a person or entity causes the death of another, the surviving family members may be able to file a wrongful death claim. While a settlement in a wrongful death claim will certainly not bring your loved one back, it can make life easier for those left behind. Wrongful deaths could be the result of an auto, truck or motorcycle accident, a death caused by a defective medical device or dangerous prescription drug, medical negligence, construction site deaths, defective product deaths, and even deaths from violent acts.

The Emotional Side Effects of an Accident 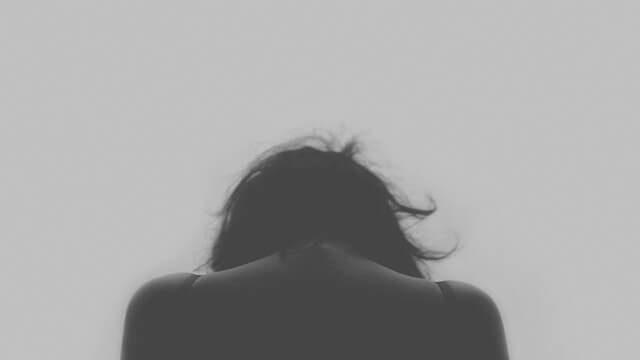 Although we often focus on the physical effects of car accident injuries, there are psychological and emotional “injuries” resulting from car accidents as well. In fact, some national estimates conclude that nearly ten percent of those who survive a serious car accident will eventually develop post traumatic stress disorder (PTSD). Additionally, those who have experienced a serious car accident may also experience depression, anxiety, sleep disturbances, nightmares, feelings of loneliness or being overwhelmed, chronic fatigue or exhaustion and social withdrawal. The level of physical injury, a death or serious injury of a loved one from the accident, a low rate of recovery following an accident and any pre-existing medical conditions can affect the emotional toll a Denver car accident can take on an individual.

According to the NHTSA, there were 4,735 pedestrians killed and another 66,000 injured in car accidents in 2013—on average, one pedestrian is killed every 2 hours, and injured every 8 minutes in car accidents in the United States. When a 4,000 pound-plus vehicle strikes a pedestrian, the resulting injuries are very likely to be severe or fatal. Pedestrians are among the most vulnerable travelers on the nation’s roadways. Far too many drivers allow themselves to be distracted while driving, making it more likely they will fail to see a pedestrian. Excessive speed can also be a factor in auto-pedestrian accidents, as the driver may simply be unable to stop in time to avoid injuring a pedestrian. Denver pedestrians injured in a car accident can benefit greatly from having an experienced Colorado personal injury attorney looking out for their rights and their future.

There are more than five hundred bicycle fatalities and 50,000 injuries resulting from collisions between a bicycle and an automobile each year. In fact, the fear of colliding with an automobile is perhaps the single greatest barrier to getting more people riding bicycles. Many bicycle victims are children who may not have yet learned the appropriate safety rules before sharing the road with automobiles. There may be negligence on the part of the driver who was distracted or reckless in many Denver pedestrian accidents. Should the driver be deemed to be negligent, the bicyclist has the legal right to be compensated for injuries and damages.

Accidents in an Uber, Lyft or Other Ride-Share Services

If you have ever found yourself with white knuckles while riding in an Uber, Lyft or other ride-share service, you may wonder just how many of these drivers are involved in car accidents. Unfortunately, there is little data regarding ride-share accidents, and because ride-sharing is relatively new, there is no “checkbox” on the police report to indicate your accident occurred in an Uber or Lyft vehicle. Uber drivers must carry insurance in the amount required by their individual state; however, there are complex laws regarding coverage by these companies. Rather than simply hoping for the best following a ride-share accident, the very best thing you can do is to contact an experienced Denver car accident attorney as quickly as possible.

Car insurance is mandatory in all states in the U.S., except New Jersey, however this is no guarantee that drivers will actually have auto insurance. While we want to believe auto insurance companies are the friendly souls portrayed on television commercials, who only have our best interests at heart, this is rarely the case. Insurance companies are interested in their financial bottom line therefore the goal is to get every claimant to settle for the least amount possible. Unfortunately, this amount may not be sufficient to fully cover your injuries and damages. If you are hit by a Colorado driver with no insurance, your uninsured/underinsured motorist insurance (if you have it) should kick in to cover your medical expenses and damage to your vehicle. What Do I Do After a Car Accident?

WHAT TO DO AT THE SCENE OF A CRASH

How Can I Be A Defensive Driver and Avoid Accidents?

While not all Denver car accidents can be avoided, there are steps you can take to minimize your chances of being involved in a car accident such as:

How A Car Accident Attorney Can Help You

When you have been injured as a result of another driver’s negligence, you may be uncertain what to do or where to turn. When your financial security is at risk, and your future uncertain, it can be difficult to know how to find balance and normalcy in your life once more. You probably have so many questions—questions about your medical treatments, lost wages, insurance companies—the list goes on and on. Who can you trust to help you during this difficult time? The Law Offices of Dianne Sawaya have highly experienced Denver personal injury attorneys who can answer your questions and guide you through the complexities of a Denver car accident. Dianne Sawaya knows that Denver car accidents can be life-altering and wants to help you receive the compensation and assistance you and your family deserves. Contact the Law Offices of Dianne Sawaya today for a Denver car accident consultation.

HOW CAN AN ATTORNEY HELP?